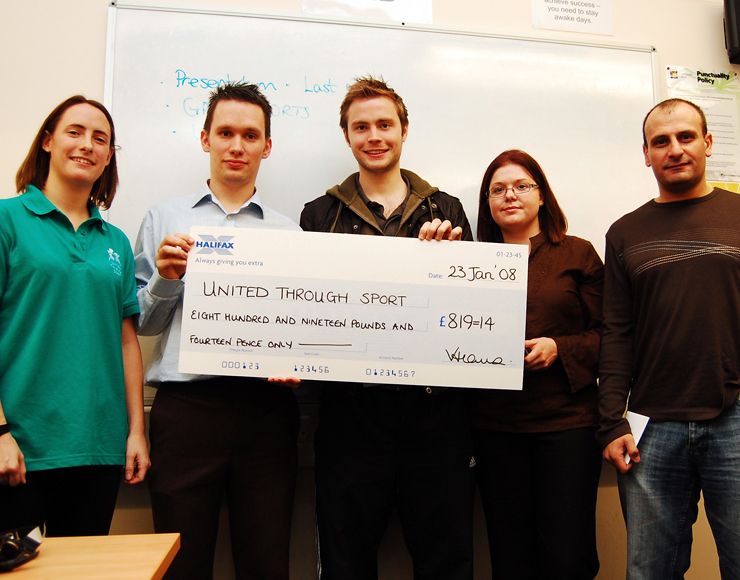 First year students studying for their Foundation Degree in Sports, Coaching and Exercise had a real workout when their course tutor, David Harrison, suggested partnering with United Through Sport to raise money for charity as part of their Event Organisation module.

However the students rose to the challenge as usual and, working in groups of four, set about planning, organising and hosting a series of exciting fundraising events to benefit our charity. The events ranged from race nights to Christmas parties. The top fundraisers in the year group were Mike Staley and Samantha Fowler who raised a total of £266.64 between them. Adrian Abdulla, a lecturer at the College and an impressive 4th Degree Black Belt in Kickboxing, organised a massive Kickboxing Tournament at The Octagon Centre in Sheffield to further add to the students fundraising efforts.

Following this great success, Sheffield College has agreed to continue the charity partnership into 2008 with the new first years hoping to beat the impressive fundraising target set by last years students. We wish them all the very best!