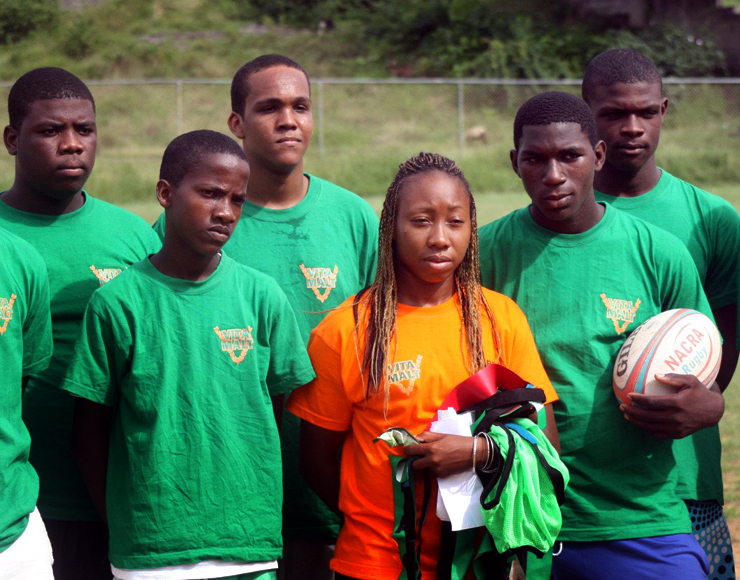 The St. Lucia Rugby Football Union in collaboration with the Micoud Youth and Sports Council and United Through Sport staged a historic Tag Rugby Youth Tournament on Saturday 3rd December, 2011 at the Micoud Playing Field. It was the first time in its thirty seven year history that a youth tournament has ever been played in St. Lucia which speaks volumes of how the sport has grown on the island.

The Babonneau Young Stars with 2 wins from 2 games emerged champions among the Under 15 teams, beating a well organised Pierrot team and the Micoud Rising Stars team. Micoud Nightriders, with their win against Laborie in the finals, was crowned winners among the seniors.

In an award ceremony held at the end of the competition, deserving teams/individuals were presented with trophies and medals donated by the Department of Sports. Each player was also given a bag donated by LIME. Babonneau Young Stars and Micoud Night Riders received their winners trophies and each player received a medal for his contribution to the winning team. The Pierrot team received medals for placing second in the Junior category. 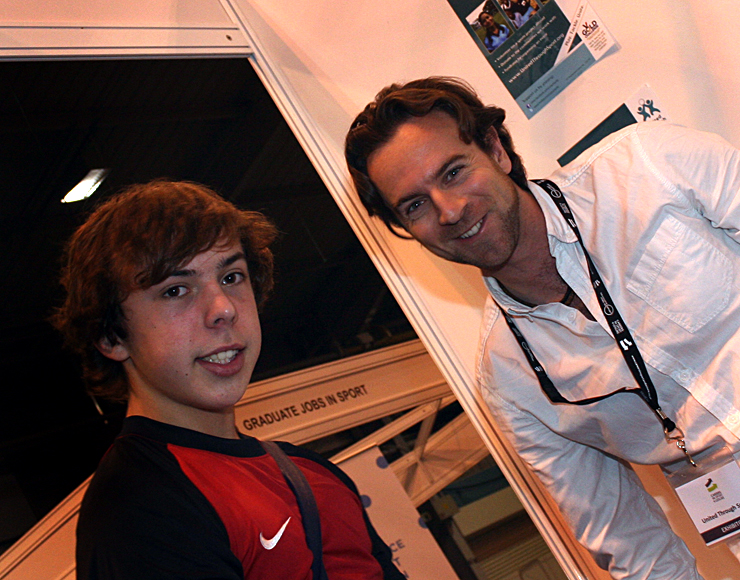 This week saw, United Through Sport team members, James Burton and Richard Bennett attend the Careers in Sport and Leisure event at the International Centre in Telford.

Careers in Sport and Leisure is the only national careers event for the sports and leisure sector attracting over 4500 young people. It aims to provide proactive, driven young people with the best possible information, support and expertise to help in their decision making when it comes to their future careers.

James gave a comprehensive presentation both on Wednesday and Thursday, giving visitors to the event a better understanding of United Through Sport’s charitable goals and the chance to get involved in supporting the charity in the UK or as a volunteer sports coach overseas.

If you would like to know more about how you can get involved then check our our Volunteer or Fundraising Page.