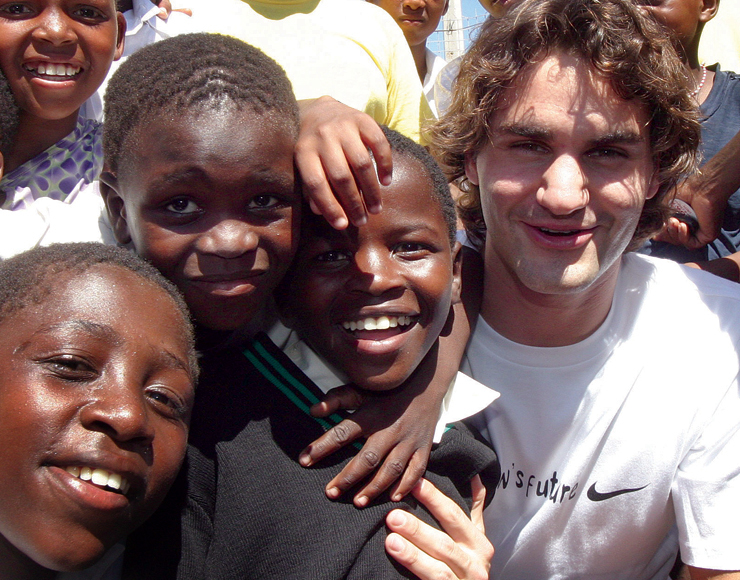 United Through Sport South Africa is proud to be one of the first 26 (NIKE)RED grant recipients. This fund is managed by the King Baudouin Foundation and aims to support our new Junior School of Excellence Program with a particular focus on the HIV / AIDS awareness life skills elements of the program.

As a fitting launch to the program Roger Federer Foundation (supported by Nike) also donated 500 t-shirts with “I am Tomorrow’s Future” written across the chest. The JSE has the sole purpose of developing these young children holistically, to give them a brighter future so the t-shirts were very apt.

With UTS being a sport based organisation, it is great to have support from Roger Federer and from Nike, which is by far the most popular sports brand in the township communities. Nike believes in the power of unleashing human potential, both on the field and in life; which is exactly what we strive to do in all our programs, making the relationship between UTS and (NIKE)RED a fitting partnership. The investment (NIKE)RED is making in our Junior School of Excellence will go a long way to realise the potential of our beneficiaries, grooming them to be tomorrow’s future.