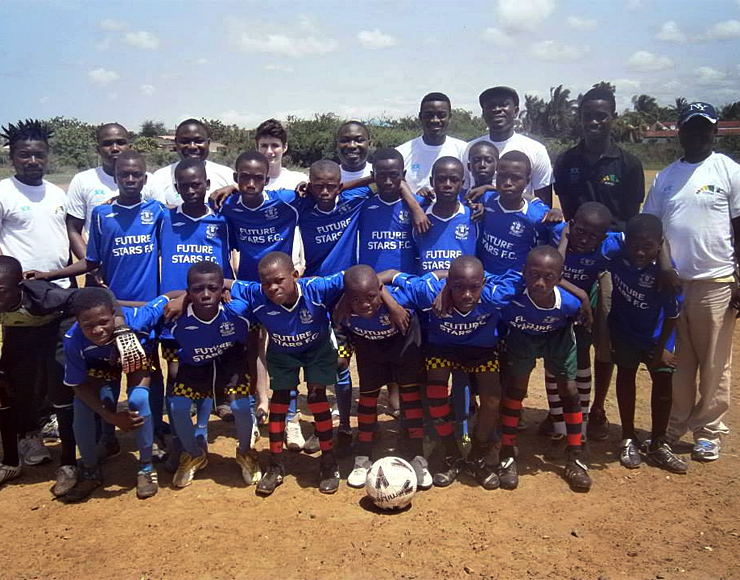 May 2013 saw the first part of the United Through Sport Ghana recruitment programme for over 1000 aspiring young football players who were all vying for their chance to receive a prestigious scholarship at the United Through Sport School of Excellence.
After weeks of scouring the country for Ghana’s budding young stars, the Ghana team and volunteers spent the day at a football ground in Teshie, as the young hopefuls were put through their paces. The day took the form of a football gala as the boys showcased their talent, technique and discipline to the team who would be deciding whether they would be going through to the next stage. Lots of people came along to support the players and cheer them on as they played their hearts out for a chance to move forward in the recruitment process.

To add to the occasion, the boys and the team were joined by former Ghana Black Stars Coach, Charles Akornor, who gave valuable input and feedback on the young players, as well as assisting with the final decision as to who would be selected to go through to the next stage of the process and move one step closer to receiving a scholarship for the United Through Sport School of Excellence.

After a long day, 22 exhausted young players were selected to go through to the next stage of the recruitment process which will include rigorous training schedules and aptitude tests over the course of the coming months.

A fantastic day was had by all, lots of celebrations from those who had made the grade and even those who were not lucky enough to get through to the next stage of the recruitment programme thoroughly enjoyed themselves and went home with a real sense of achievement.