You are here: Home1 / Blog2 / University

Chadleigh Ownhouse, 17, who has been a beneficiary of United Through Sport’s Senior School of Excellence Programme for the past five years, was announced on Friday, January 4 as the Top Matric Learner in Nelson Mandela Bay, with distinctions in seven subjects – including English (86%), Afrikaans (95%), Maths (88%), Life Orientation (95%), History (94%), Life Sciences (95%), and Physical Sciences (93%).

An excited Chadleigh had a total of seven bursaries to choose from, following the announcement of his final year of high school’s matric results. Spoilt for choice, Chadleigh decided on studying Medicine at the University of Cape Town in 2019.

“I am very happy to not worry about my finances for the year anymore. I am actually ready for university now, and can’t wait to start,” said Chadleigh, who was so used to waking up early to study that he has kept up his routine in the school holidays.

Chadleigh crowned his high school career in 2018 with the achievement of being announced Alexander Road High School’s Dux learner at the school’s awards ceremony. In 2018 he was a co-winner in the Senior Maths Relay League in 2018, and his team participated in the Nelson Mandela University’s Rocket-building Competition where they won first prize.

The United Through Sport Senior School of Excellence (SSE) Programme, which is based in Nelson Mandela Bay, is focussed on providing talented and determined children with a top-level academic education for a full five years – with the final aim of further supporting them through tertiary studies.

Chadleigh’s talents were noticed by United Through Sport Director Nick Mould when he was still in primary school at Astra Primary School in Bethelsdorp. Mould said all the SSE graduates are expected to pursue tertiary studies, many being the first in their families to do so.

“Compared to the national average, we are very pleased with our 100% pass rate and would like to wish all our beneficiaries well with their future endeavours. We are exceptionally proud of Chadleigh who is testament that hard work and dedication can open many doors for you,” said Mould.

Chadleigh is the second United Through Sport beneficiary who has gone through the Senior School of Excellence programme, to study Medicine. Bronwyn White, who achieved her final year 2017 National Senior Certificate with four distinctions, is studying Medicine at Free State University. 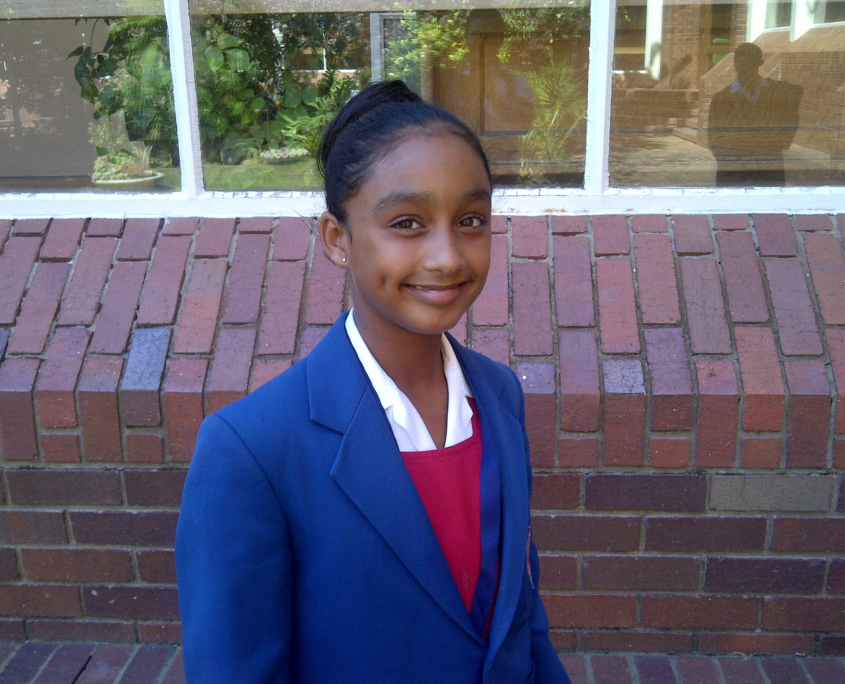