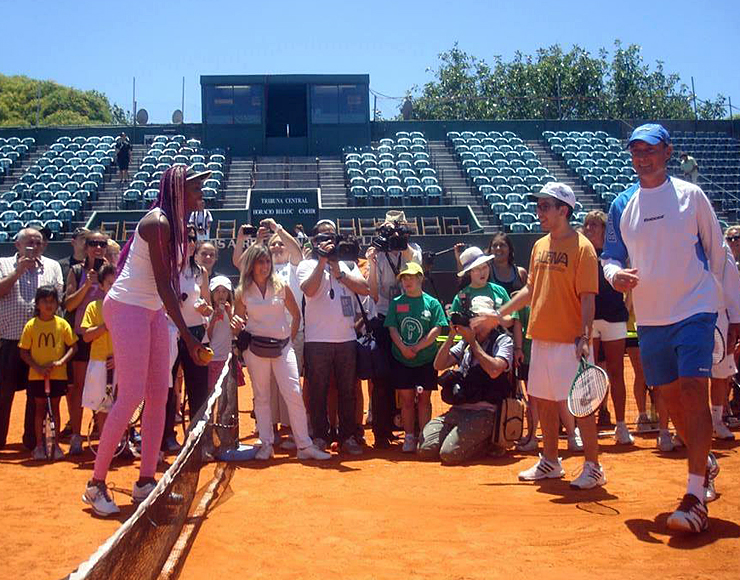 The Williams sisters, United Through Sport Argentina and the Blind Tennis Social Project put on a clinic during an exhibition match held at Buenos Aires Lawn Tennis Club on 30th November. Serena Williams, world number 1, and her sister Venus worked with children suffering from blindness with the aim to promote more participation in the sport regardless of disability.

With the public asked to remain silent, the sisters used a specially designed ball that would give off a sound that could be heard by the blind children. To everyone’s astonishment the balls were being regularly returned proving what a success this new technology has been.

Over 250 children from disadvantaged communities turned up, along with kids from the Blind Tennis Social Project, to take part in this exciting opportunity. Working alongside two of the worlds most well know tennis players was a great priviledge for all involved.

Serena even posted out the following Twitter message:
“I did something I have never done before today. I played tennis in Argentina with blind kids. The ball made noise. They listened and hit it back. It was one of the most amazing experiences I’ve ever had. Tennis opens doors to so many different people and things. These kids taught me a powerful lesson today. Anything is possible” 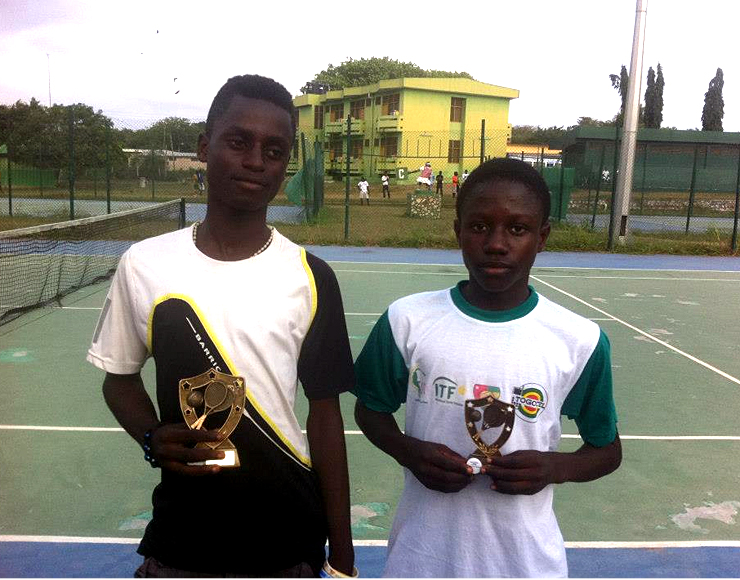 Monday 2nd December was an exciting day for two of our Tennis Academy Boys, George Nyarko and Emmanuel Wettey, as they competed in the Accra Senior Open Tennis Championships at the Accra Lawn Tennis Club.

Both George and Emmanuel entered the Singles tournament and joined forces in the Doubles tournament to fly the United Through Sport flag. The Accra Senior Open Tennis Championships attracts players of a high standard and this year was certainly no different, as there were Davis Cup players and former Ghana number 1’s among the entrants. Volunteers and staff attended the tournament to cheer the boys on and show their support.

George and Emmanuel, who are both 14 years of age, played their Singles matches on the first day of the tournament, their opponents were all at least 20 years of age, showing just how talented our United Through Sport boys are already. They each played four Singles matches and won one match each; a fantastic achievement for both boys. On the second day the boys played in the Doubles tournament, although there were no victories for them they both played incredibly well and showed off just how much talent they have. Throughout both the Singles and Doubles tournament, Emmanuel and George did themselves proud, they played their hearts out and fought every single point down to the wire; they both really are big Tennis stars in the making! 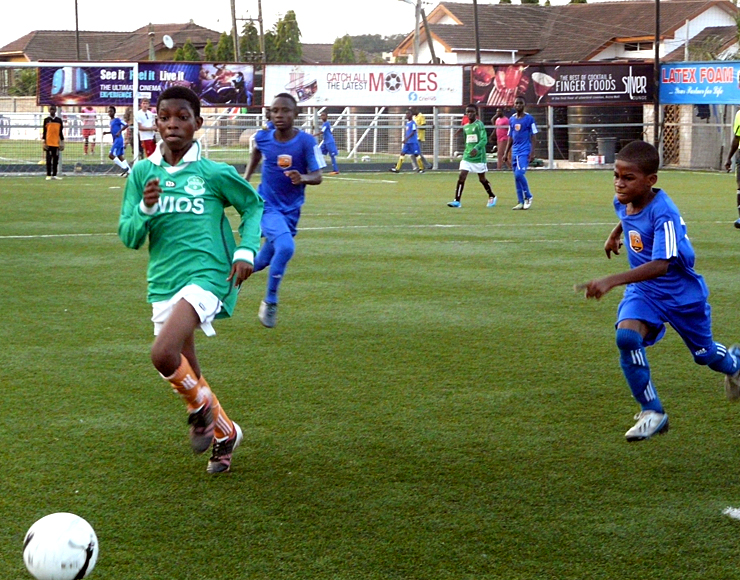 Friday 29th November saw the United Through Sport under 11’s and under 13’s teams compete in a Football Tournament held at Lizzy’s Complex in East Legon, Accra. The boys were accompanied by United Through Sport staff, volunteers and special guests who cheered them on as they took on their opposition teams. To add some extra importance to the day, a crew from TV Africa came along to film the boys playing and interview some of the UTS team.

The United Through Sport under 11’s team (green shirts) played first, the match was fast paced and action packed from the first whistle. The boys played extremely well and showed off their skill to those who had come along to support them, lots of great attempts at goals were played and the our United Through Sport boys scored two goals during the match. Unfortunately at the final whistle the boys were defeated 4 – 2, but they played a fantastic game and really did themselves and United Through Sport proud.

Next up, the United Through Sport under 13’s team (orange and black shirts) took to the pitch, the boys played really well and showed just how far they have come through their training over the past few months. The match was action packed with lots of great balls played and goals scored, the light faded as things got into full swing but this didn’t affect the match as the flood lights came on to ensure the match was played to full time. The match finished at 3 – 2 to the opposition team, another great effort from the United Through Sport boys.