Blog
You are here: Home1 / Blog2 / Ghana3 / Tennis Success for our Ghana Boys 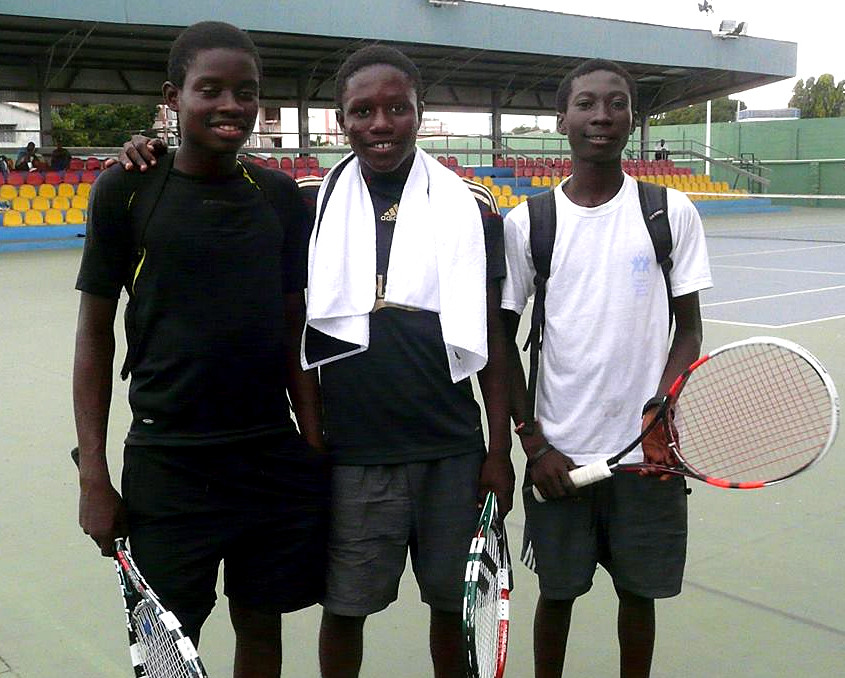 United Through Sport in Ghana Academy Boys, Coaches and Staff give their best wishes and congratulations to three of the Ghana Tennis Players – Emmanuel Wettey, Albert Nti and George Nyarko. The three boys, all aged 15 years competed in the Seniors Tennis Tournament at the Accra National Sports Stadium and all managed to reach the tournament’s third round before making their exits from the competition. This is an incredible achievement for our Academy’s Tennis players as their opponents were much older than them as well as being considerably taller as well – as you will see in the photographs below!

Albert Nti completed the trio’s campaign in the tournament on Tuesday afternoon as he went up against the Ghana number 2 seed, George Darko. Albert was defeated in the match but he played tremendously and put up a good fight – much to the surprise of his opponent who was almost twice his size! Albert was easily returning his opponent’s fast serves and had him running around the court to reach his shots. As the match got into full swing more and more people filtered into the court to watch our junior player in his challenging match as he was surprising every one with his talent and skill. The final score left Nti defeated 6-1, 6-1 by Darko.

Some of the other match highlights in the tournament included Albert’s first round clash against Francis Gbolonyo – the match went on for three sets with the final result seeing Nti victorious with a win of 7-5, 1-6, 7-4.

Fellow United Through Sport Academy players George Nyarko and Emmanuel Wettey met each other in the second round; the match ended with George Nyarko defeating his colleague 6-1, 6-0 – although defeated by a fellow colleague the pair displayed excellent sportsmanship and congratulated each other on a challenging match.

Nyarko’s tournament campaign came to a close after being defeated by the Ghana number 11 seed, Francis Akpese. The match finished up with Akpese winning 6-3, 6-4 and moving on to the final stages of the tournament in the latter part of the week.

The tournament was a fantastic experience for all three boys and proved a great opportunity for them to showcase their talents to the Ghanaian Tennis world. 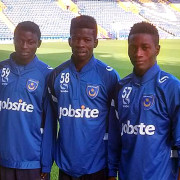 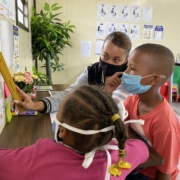 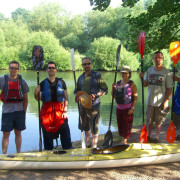 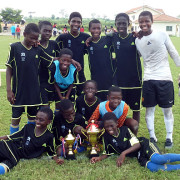 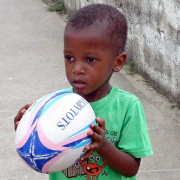 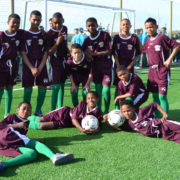