The lives of 14 South African football players have changed forever, after they jetted off on a plane to the United Kingdom.

On September 23, 2019 the Port Elizabeth boys went on their first international trip to the UK where they were hosted by Dulwich College in South London as part of week-and-a-half sporting and cultural exchange, made possible by United Through Sport and partners.

The boys visited the Arsenal Football Academy and went on a tour of the Emirates Stadium in London, as well as attended a Premium League football match between Crystal Palace FC and Norwich City.

However, the boys did not only sight-see during their time in the UK, they were also afforded the incredible opportunity to play football against top local professional academy teams and schools in London.

In addition to playing a friendly match against the Arsenal Academy’s U/12 and U/13 teams, the boys also played against Crystal Palace Academy and their host school, Dulwich College.

“There were school and club scouts watching the boys, keen to offer an opportunity of a scholarship to players that stood out. Aside from the football taking place, the boys participated in an academic and cultural exchange programme designed to broaden their horizons, sensitise them to cultural similarities and differences, teach them about career opportunities and foster long lasting exchange relationships with their UK counterparts,”

The football team who travelled to the UK was made up of U/12 and U/13 boys from United Through Sport’s programmes based in the disadvantaged areas of Port Elizabeth, as well as boys playing club football at Calledonian Football Club in the city.

The boys were hosted by families from Dulwich College in South London and attended school and trained with their football players throughout the week. Dulwich College is an academically selective independent school for boys based in London, which recently celebrated its 400th anniversary. 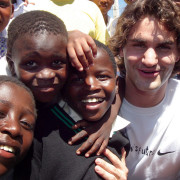 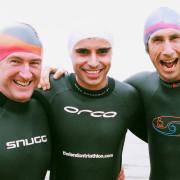 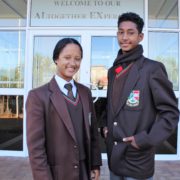 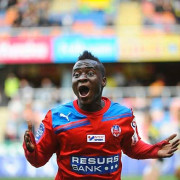 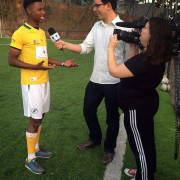 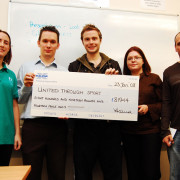 Volunteer to stay on as Intern in Buenos Aires
0 replies

Cameron Bellamy Swims From Barbados to St Lucia to Raise Funds for United Through...